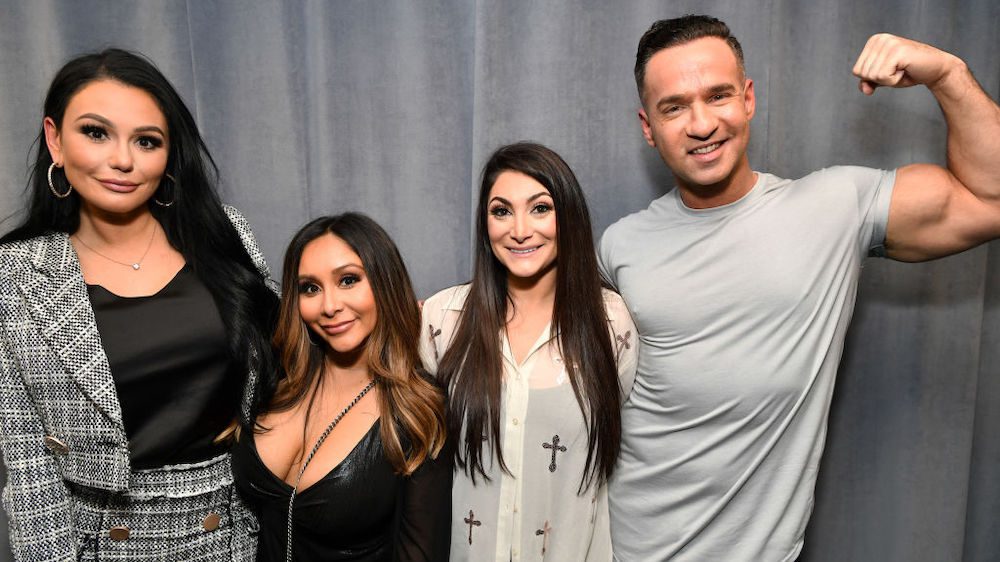 Want to see where the "Jersey Shore" cast partied like rock stars? The mansion is back on the market in all its gaudy glory.

Hold on to your hair gel—a home made famous on the "Jersey Shore" spinoff "Jersey Shore: Family Vacation" is now for sale for $1.4 million.

The 6,000-square-foot, seven-bedroom, six-bath manse, which was built in 2003, initially hit the market in April 2017. But three months later, the listing was withdrawn once film scouts saw its potential as a great backdrop where Jenni "JWoww" Farley, Nicole "Snooki" Polizzi, Mike "The Situation" Sorrentino, and pals could live it up, Jersey style, in a reboot of their classic MTV series.

Starting in 2018, the house served as one of the locations for "Jersey Shore: Family Vacation" (other locations were homes in Miami and Las Vegas) for three out of the show's four seasons. But since the show's fourth season was relocated entirely to Vegas, the property is up for sale once more.

(Fans who watched Season 4 in 2020 may be thrilled to learn that production of Season 5 is now underway, also in Vegas.)

Interestingly, the mansion, located in Manalapan, NJ, isn't on the beach, but a full 45-minute drive from Jersey Shore proper. Still, with an array of luxe amenities within, who needs a beach?

Whether the show's crazy drama makes you cringe or you're dying to pump your fist and eat a pickle, here's a peek inside the house made famous on "Jersey Shore: Family Vacation."

Probably the best part of this famous listing is the pool, with its funky rock formation fountain and wide slide.

Moving indoors, shiny chandeliers bedeck this two-story Colonial-style home, which also boasts a three-car garage and sits on a plot of just under 2 acres.

And if you need more room to cook up the foods to match the cast's faves (ravioli night! chicken cutlet night!), there's a second kitchen in the basement.

Equipped with a huge gym, this house makes it easy to get your GTL on—which, as true "Jersey Shore" fans know, stands for gym, tan, and laundry—an acronym that's truly a way of life in these parts.

Meanwhile, the master bedroom is more than just a place to catch a few winks. It also features its own sitting area, a master bath, and a spot where you can set up a home office.

And when it's "T-shirt time," just step in one of a half-dozen bathrooms to shower and preen so you can look your Jersey best. Because, as we all know, once the T-shirt announcement is made, you'd better get your "shirt before the shirt" ready.

Don't have $1.4 million lying around to bid on this palace? In that case, the Seaside Heights, NJ, house used in the original "Jersey Shore" series can be rented, complete with the big ol' Italian flag plastered on the garage, for just $1,200 a day.