5 Times Landlords Are Willing To Renovate Your Apartmentâand Even Pay for It
admin
February 16, 2021
12:09 am

Think renters can't renovate their apartments? Under certain circumstances, landlords will allow for upgradesâand sometimes, they'll even foot the bill.

The post 5 Times Landlords Are Willing To Renovate Your Apartmentâand Even Pay for It appeared first on Real Estate News & Insights | realtor.comÂ®. 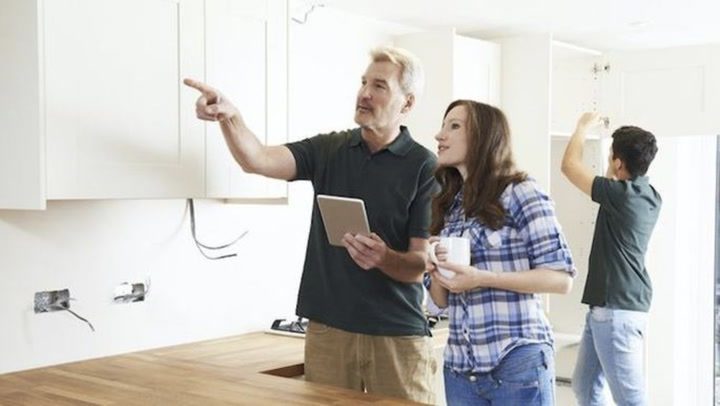 Renters often bemoan the fact that they're not allowed to renovate their space. They assume their landlord would never splurge on fancy upgrades like a new sink or washer and dryer—or if they do, they'd wait until the current tenant moves out.

But is this true? Based on the landlords and real estate experts we talked to, we found that under certain circumstances, landlords are actually happy to renovate—and to foot the bill.

Timing is everything! So whether you’re pining for an updated kitchen or new flooring, don't assume it's hopeless until you've pinpointed these choice times when landlords might be ready and willing to hear you out.

1. Something's broken, and needs to be repaired or replaced

If something in your unit is broken, such as the kitchen sink, you have grounds to propose not just a repair, but a replacement or even an upgrade.

"In my experience, the best opportunity for upgrades will occur when there’s a repair or problem to be fixed," says Brad Creger, a financial adviser with landlords as clients. "The landlord will need to spend the money anyway, so often it makes sense to fully improve the situation, versus patch up the problem only to have it resurface later."

Keep in mind that while an apartment serves as your home, it's a business to the landlord, which means keeping expenses down is always the goal. Think back to the broken kitchen sink—upgrading to a brand-new one will set your landlord back a few hundred dollars. Factor in labor costs, and the total bill may be anywhere between $500 to $1,000. However, if the original sink instead requires fixes every two to three months at $100 to $200 every visit, it may be wiser for your landlord to pay more now to save money later.

"Appeal to the real estate investor in your landlord," says Brian Davis, a career landlord and co-founder of SparkRental.com. "You think of the unit as your home, but they think of it as an investment that costs them a massive amount of money and must produce a healthy return to be worth the headache."

2. Your lease is almost up—and you're thinking of moving

If you haven't told your landlord whether or not you will renew your lease, now is the time to negotiate in the form of a few upgrades. It's likely a few improvements would have happened after you moved out anyway, in preparation for a new tenant.

"Tell the landlord you’d be willing to renew, perhaps for a longer-term lease, if he is willing to upgrade a couple of components of the apartment," says Davis. "Since turnovers are the most expensive and the most labor-intensive periods for landlords, many are happy to put a certain amount of money into upgrading the unit simply to avoid the cost and hassle of a turnover."

"Stability in vacancy does more for the bottom line than the cost of renovations," says James Watson, who owns and oversees a 100-unit rental portfolio in Nebraska. "I know we have plans to renovate all of our rental units as they become vacant. Chances are, plans for renovations are in place once the tenant’s current lease is up anyway, so it doesn't hurt to ask in exchange for locking in another lease."

3. The upgrade will add long-term value to your landlord's investment

Certain upgrades can offer landlords a decent return on investment—particularly if they will survive the existing tenant, enhance the property value, and justify higher rents down the line. Suggest these types of improvements.

"Temporary improvements that will only last the duration of your tenancy, such as repainting, are generally not worth it to landlords," explains Davis. "The landlord will probably have to do that anyway after you move out, so they have no incentive whatsoever to make them while you continue living there. However, new kitchen and bathroom components tend to offer a high return on investment, and make a great starting point to your proposal."

Before you approach your landlord, try to get as much information as possible regarding your desired upgrade, including total costs, expected time to complete, and the return on investment.

Plus, if you're handy, "offer to do some of the work yourself," Davis adds. "Showcase the savings that the landlord would see by hiring you, in exchange for free or reduced rent, versus a typical contractor."

4. The upgrade will save on your landlord's insurance

Another way to sweet-talk a landlord into renovating is to highlight how certain upgrades might help save money on his home insurance.

"We rented an old and drafty four-story home in suburban Boston, and when we grew frustrated with the rattling windows and the overused furnace, we signed up for a free in-home energy assessment," says Lydia Auchtung, a longtime renter. "We did it out of curiosity, expecting thousands of dollars worth of upgrades would be needed. But their price tag only came to a bit over a thousand dollars for insulating the entire attic and some pipes, as well as taking care of sealing the windows."

As a result, "we pitched our landlord on the fact that the improvements would help him steer clear of home insurance claims on frozen broken pipes and water damage nightmares, resulting in the additional possibility of paying more for his insurance," Auchtung says. "That spin brought him in, and he ended up saving 15% on his insurance premium."

5. You're willing to pay more in rent

If all else fails, there's always one option that may work: Offer to pay more in rent, if your budget allows.

"If the landlord sees the renovation as something that adds long-term value, they'll likely go for it, but they'll typically expect you to pay a bit more in rent," says Andrew Weinberger, CEO of PropertyClub, a real estate startup based in New York City.

The one caveat? "Just make sure it makes sense for you costwise," Weinberger says. "For example, one of the most common requests tenants have is for a washer and dryer. While paying an extra $100 per month might make sense if you're only going to live there for a year, it makes no sense if you plan on living there long-term. You'd simply be better off buying your own."