More than 1 million homeowners feared imminent foreclosure in December
admin
February 9, 2021
10:43 am
While loan performance is improving in aggregate, some borrowers remained unaware of the relief available or were unable to access it, according to the Research Institute for Housing America.

Many borrowers feared they’d be forced to move in the fourth quarter, according to a recent survey that reveals a lack of awareness or access to the pandemic-related government protections in place.

As the end of 2020 approached, approximately 1.2 million borrowers were afraid they would be foreclosed on within 30 days, according to new data in a Research Institute for Housing America report backed by the Mortgage Bankers Association.

While loan performance is improving due to government aid and optimism surrounding vaccinations, the finding shows that borrowers who remain unaware of the relief available could put protracted liquidity strains on servicers. 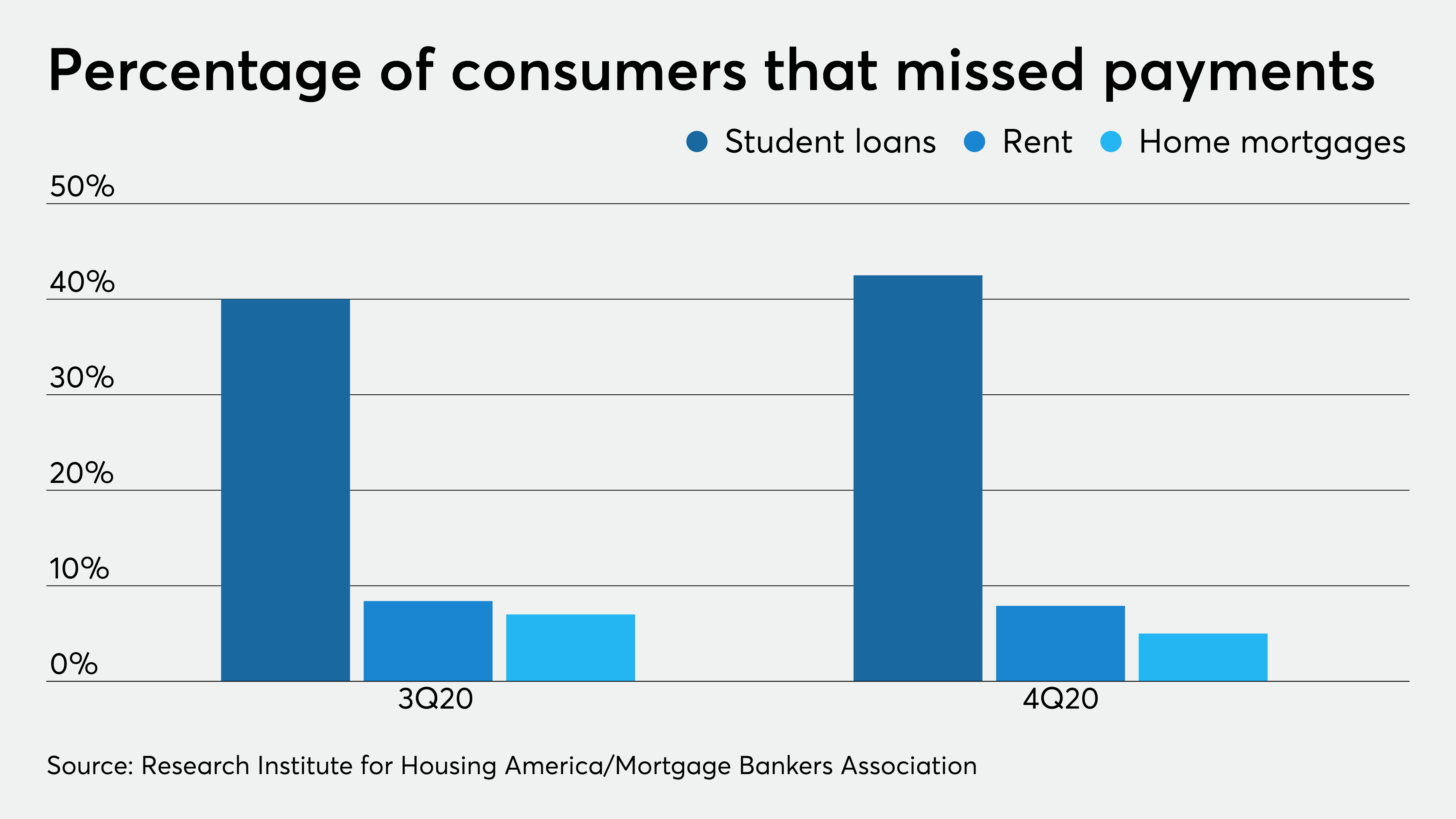 “It’s reduced, but the pain persists,” said RIHA Executive Director Edward Seiler, who also serves as the MBA’s associate vice president of housing economics. RIHA is a nonprofit arm of the MBA that provides grants and sponsored research opportunities to academics and other experts.

The share of borrowers registering concern about being immediately displaced varied by numbers of payments missed, ranging from 2% for those whose payments were up to date, to 10% for those who had not made eight or nine payments, Seiler said.

The aggregate dollar volume of missed mortgage payments dropped to $14.2 billion from $19.4 billion during the fourth quarter, and to $7.2 billion from more than $9.1 billion for renters.

Approximately 2.38 million homeowners and 2.62 million renters missed housing payments in December, down from 6 million combined in September. The percentage of mortgagors who failed to pay dropped to 5% from 7% and the share of renters in that category fell to 7.9% from 8.4%.

While the share of homeowners and renters who missed payments fell in December, the percentage of student debt borrowers who missed a monthly payment climbed to approximately 43% of borrowers from a steady share of around 40% since May.

Under the Trump administration, the FHA considered calls to relax the requirements for income-based student loans but said it wanted to be sure such a move would be in keeping with sustainable homeownership.