The anticipation of a strong spring selling season just around the corner drove consumer confidence in the housing market for January, according to Fannie Mae.

After two months of declines, the Home Purchase Sentiment Index jumped to 77.7 in January from 74 in December while trailing the year-ago score of 93. Selling sentiment shot up by a net 16 percentage points month-over-month in January with seller optimism increasing to 57% from 50% while the pessimistic share dropped to 33% from 42%.

Consumer attitudes for buying also improved, gaining a net of two percentage points from December. The share of “good time to buy” held at 52% as the “bad time to buy” crowd diminished to 37% from 39%. Mortgage rates continue to be favorable so far this year and about 46% of borrowers expect them to hold over the next 12 months while shares of 45% expect growth and 9% expect them to fall. 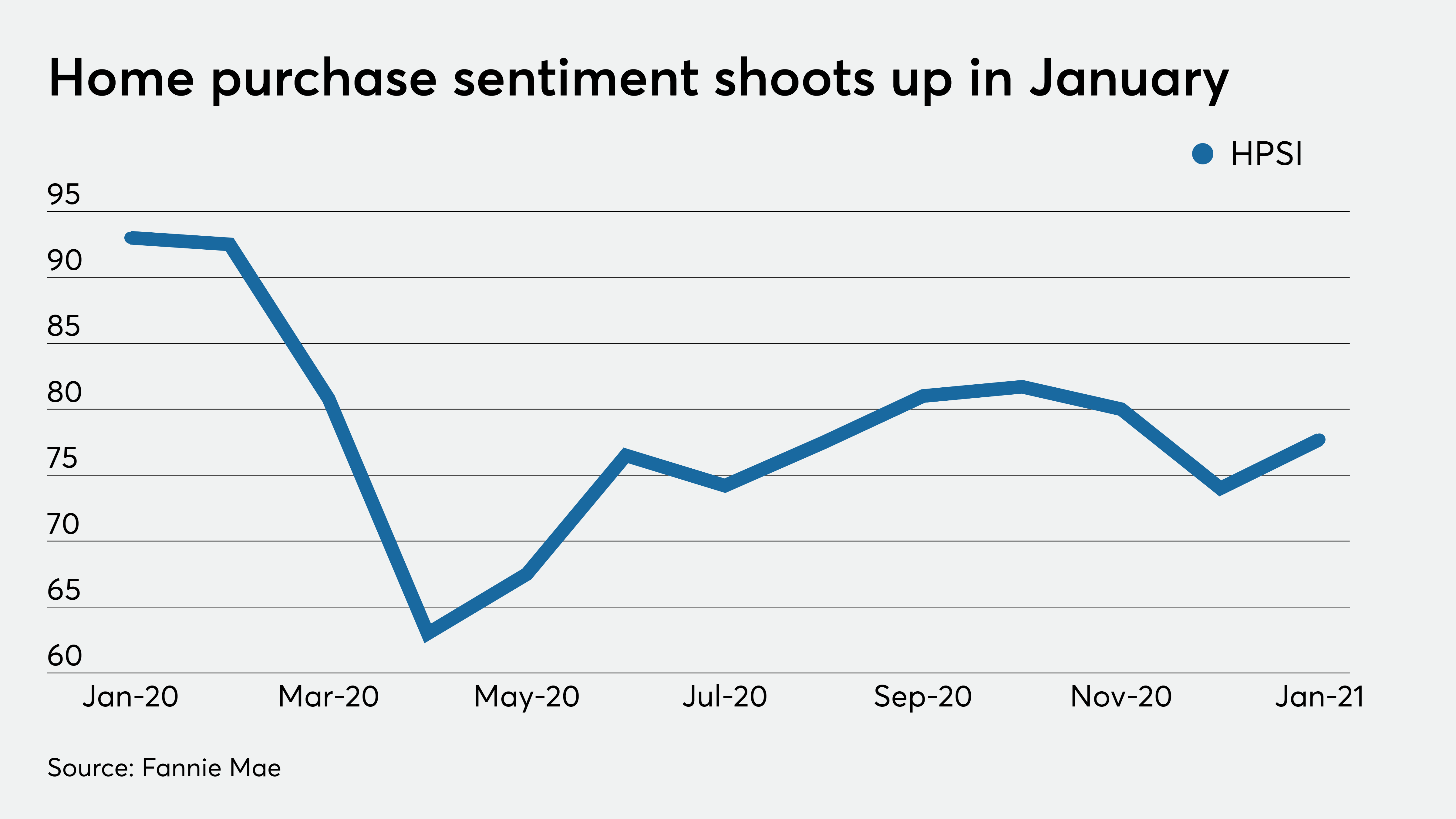 Further, a 24% net share predicts home prices will continue an upward trajectory in the next year, down from a net 25% in December.

Within the report, optimism ran higher among renters and lower-income respondents. If that sentiment continues, it could indicate an improved economic recovery and the latest stimulus impacted those most negatively effected by the pandemic, according to Doug Duncan, senior vice president and chief economist at Fannie Mae.

“Among owners and higher-income groups, however, the other five components of the index remained relatively flat or slightly negative, suggesting to us that some consumers are waiting to gauge the effectiveness of any new fiscal policies and vaccination distribution programs on both housing and the larger economy,” Duncan said in a press release.

Concerns over employment improved slightly month-over-month in January. Consumers not worried about losing their job held at 75% while those actively concerned dipped to 24% from 25%. The net share of households reporting a significantly higher income from the past 12 months inched up one percentage point to 21% and the share reporting a significantly lower income dropped four percentage points to 14%.