Roostify raises $32 million in Series C funding round
admin
January 28, 2021
7:43 am
The amount nearly doubles the capital the mortgage fintech has raised since 2012.

Mortgage fintech Roostify has completed a Series C funding raise that nearly doubled the amount of capital it has received from outside investors.

The round, led by Ten Coves Capital, added $32 million in funding, bringing the total capital raised since the company's inception in 2012 to $65 million.

Roostify plans to use some of the funds to grow its staff by 50%, and will also make further investments in developing artificial intelligence tools.

A key participant in this round was Stone Point Capital, the primary investor in nonbank mortgage lender Home Point Capital, which is in the process of doing an initial public offering. 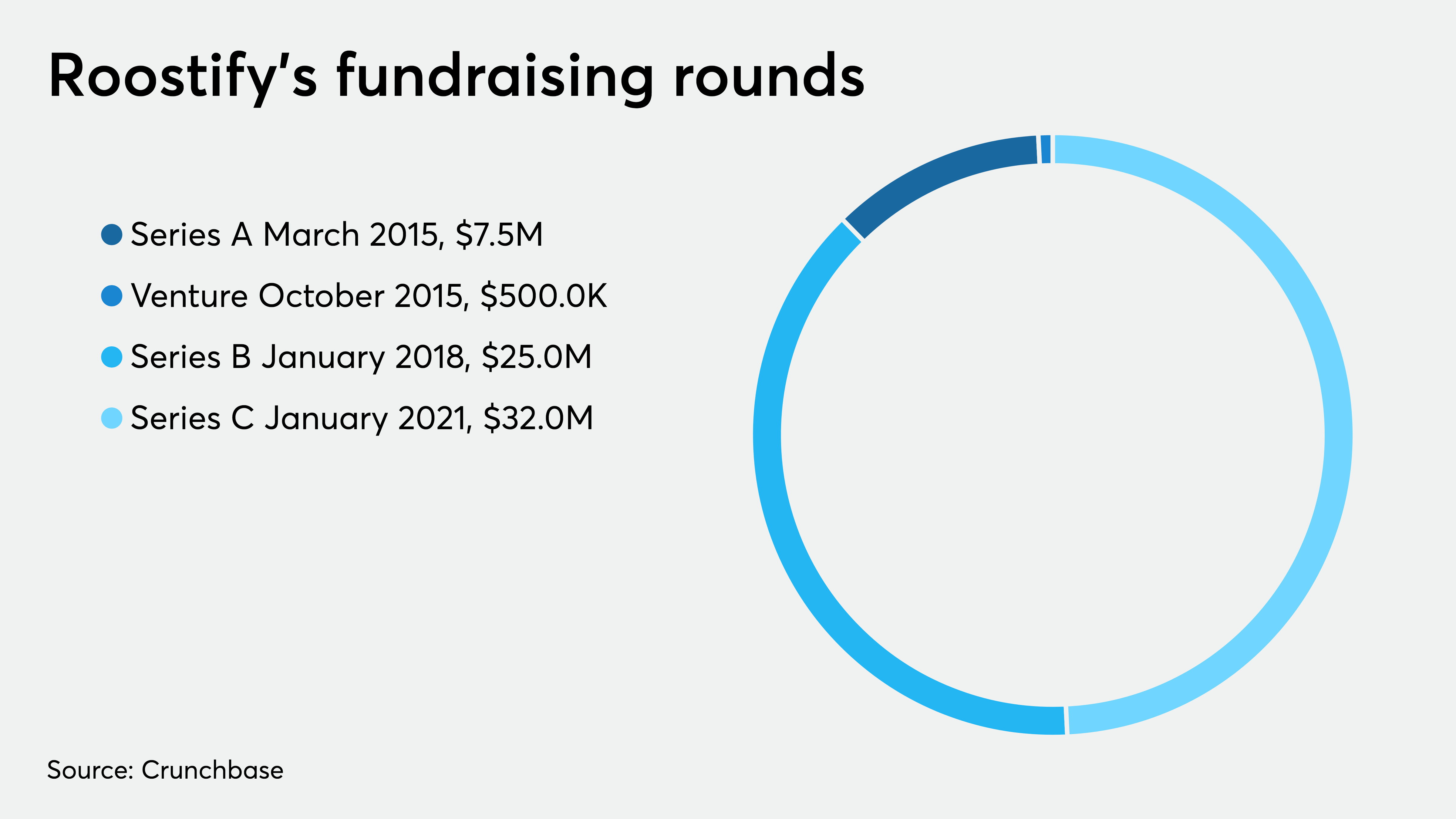 "The opportunity to re-design the future of home lending through technology cannot be overstated, as the mortgage lending industry has been relatively slow to embrace digital technologies," Dan Kittredge, managing partner at Ten Coves Capital, said in a press release.

Ten Coves currently has an investment in fintech company Lendio. Previously, it invested in Plaid.

Last October, Roostify partnered with Google to launch LendingDoc AI. The company has previously worked with Level Access and LendingTree.

"Having easy access to meaningful digital tools is key to helping lenders thrive in a digital-first world," said Roostify CEO Rajesh Bhat. "With this capital infusion, we will accelerate our vision of simplifying home lending without compromising on quality and time-to-market."