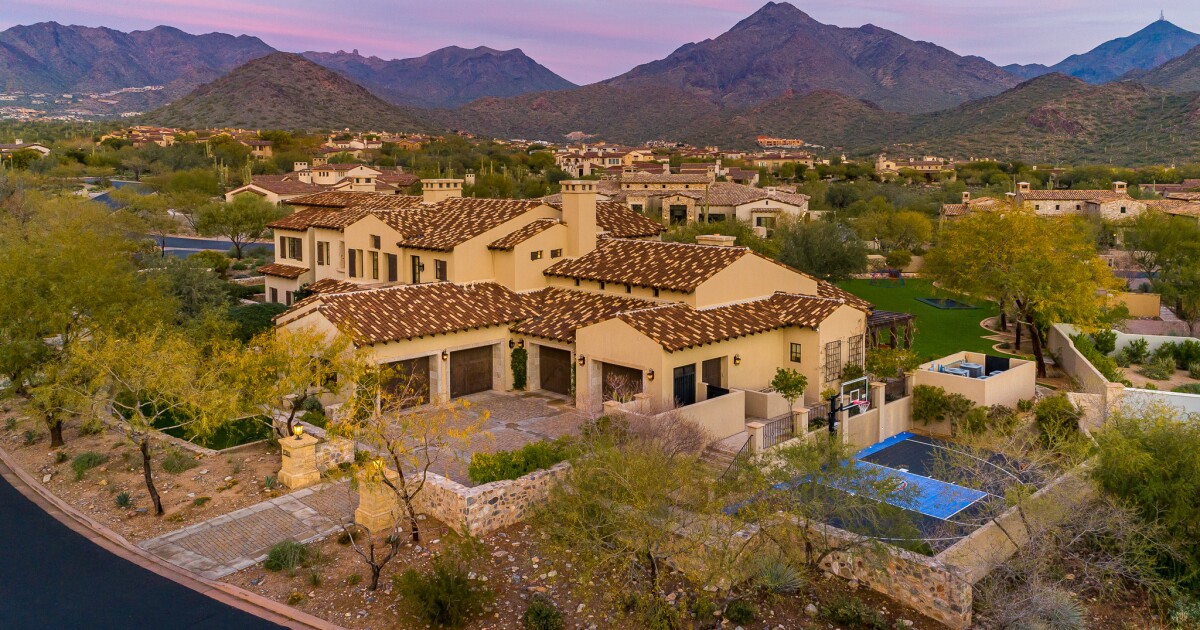 Mark Ellis, the veteran Major Leaguer who spent two seasons with the Dodgers during his long baseball career, just wrapped up a deal in the desert, selling his amenity-loaded mansion in Scottsdale, Ariz., for $6.4 million.

It’s a hefty profit for the second baseman; records show he paid $1.2 million for the land in 2007 and finished building the nearly 10,000-square-foot showplace five years later. It spans an acre in Silverleaf, a gated community nestled at the foot of the McDowell Mountains with celebrity residents over the years including rocker Bret Michaels and pro golfer Geoff Ogilvy.

Even during quarantine, it’d be tough to get bored at the compound, which includes a sports court, swimming pool, spa, in-ground trampoline and an exercise room with a batting cage, rock-climbing wall and steam shower.

Vaguely Mediterranean in style, the home features a tan exterior that opens to voluminous living spaces with vaulted ceilings, neutral tones and hardwood floors. Marble tops the tiered island in the chef’s kitchen, and the two-story great room is overlooked by a playroom with sliding farmhouse doors.

Six bedrooms, 8.5 bathrooms and a wine cellar complete the interior. Outside, highlights include a courtyard, ivy-covered dining area, spacious turf lawn and chandelier-topped cabana with a fireplace.

Ellis, 43, spent time with the Athletics, Rockies, Dodgers and Cardinals during a 12-year career in which he hit 105 home runs and 550 RBIs. His .991 fielding percentage is the fifth-best in MLB history for a second baseman.